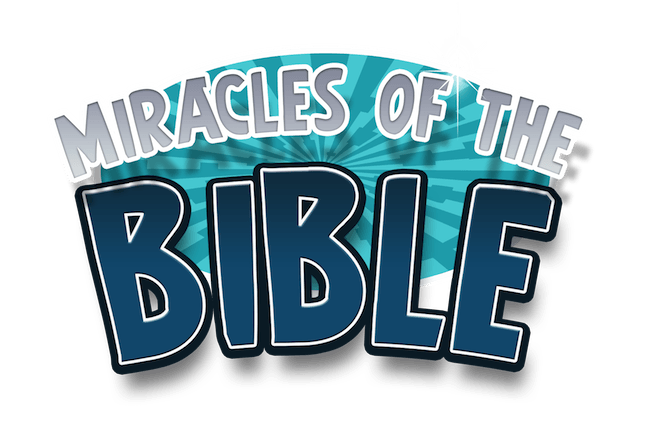 Discover the 19 Most Powerful
Biblical Miracles That Build DEEP
Christian Faith in Children.

Use these Miracles to Convince Kids that God Exists
& Can Work Miracles in Their Lives too.

There was rarely a miracle performed in the Bible that didn’t have thousands of people jumping for joy after God’s hand moved.

History turned a corner. The chosen people were not allowed to be devoured by Godless enemies.

Because miracles are not happening on as grand a scale as they did in Biblical times it can be easy for children, and adults, to fall into the trap of thinking “well because miracles don’t happen now, they didn’t happen then.’

Of course, we know different.

The truth is that God, through the miracles chronicled in the Bible, showed His glory and His power in ways that would inspire numerous generations to believe in him!

Now it’s time for your children to learn about these miracles and understand not just that they actually happened, just as described in the Bible, but why they happened.

Most Christians are Familiar With the
Famous Stories of the Bible
That Contain Miracles ...

For example, there are Jonah and the Whale, David and Goliath and Daniel in the Lion’s Den, just to name a few.

These are stories that kids love to hear and teachers love to present.

However, even the most dedicated Christians rarely reach beneath the surface to ask why the great miracles occurred – and it’s in understanding “the why” that true faith is born … faith that students can carry with them throughout their lives through both good times and bad.

So are you ready to help your students gain a better understanding of miraculous events that really occurred in history … and in the process help them draw much closer to God?

Introducing:
The “Miracles of the Bible” Lesson Pack! 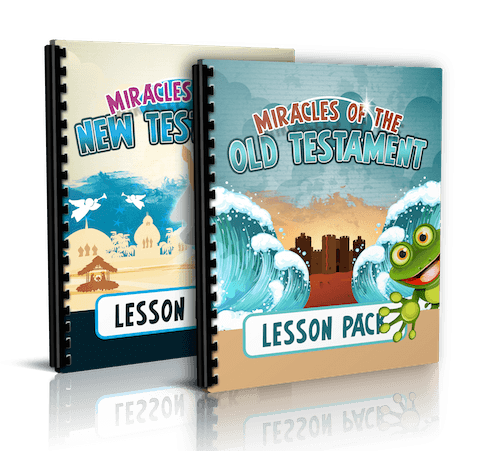 Our activities in this pack have one great mission: To improve kids’ faith in God and his ability to work miracles in the lives of everyday people.

Here's a closer look at the 19 Miracles Covered:

Miracles of the Old Testament: 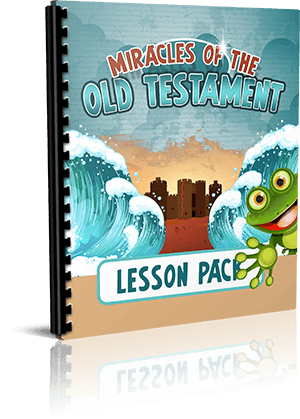 The real reason for the miracles in the Old Testament is not just to prove God’s existence, might and power, but also to prove His love for mankind and His loyalty to those to whom he makes promises.

These miracles are important to children because even kids can come under the impression that the Bible is a dusty old book, full of unlikely happenings.

In fact, most will hear a version of that at some point in school.

Children today are up against many forces that want to make Christianity out to be either innocuous or fabricated.

That’s why your students don’t just need to hear about God’s hand in the miraculous, they also need to understand that these events are real, and that that reality is what makes Christianity exclusive among the worlds’ religions.

Miracles of the New Testament: 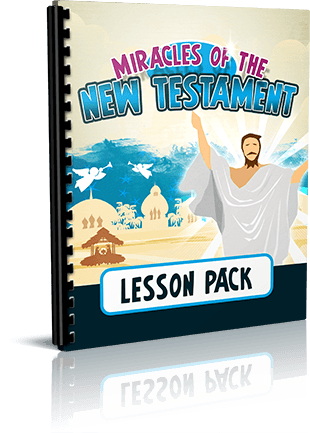 Miracles of the New Testament:

The miracles Jesus performed are an integral part of his ministry. It’s these miracles that give us unique insight into how God expects us to act and how real He is still today.

In other words, teaching the miracles of the New Testament can go a long way in helping children develop the faith and understanding that it takes to become strong, life-long Christians.

In “The Miracles of the New Testament,” we present the miracles of Jesus in such a way that kids will feel like they happened yesterday and that they could happen again tomorrow!

You can use the activities in any combination that works well, given the size of your group, the length of time you have available, and the ages of your students.

All activities are also designed to work for mixed-age groups (Ages 4-12) and can make any teacher’s life simpler.

And if you are busy? You can totally relax. You won’t have to work extra hours preparing your lesson. With teacher’s words in bold for all activities, you’ll only need to read and apply enthusiasm in order to get the message across.

The Overall Effect You
Can Look Forward To:

Kids live in much darker times today than kids who grew up even just 50 years ago.

Skepticism has overrun our world. Kids will hear arguments against the miracles described in the Bible ever occurring at all.

He is always there, waiting for just the perfect moment to reveal his glory.

Many people today sense the time is coming soon when we will see great miracles again.

In “The Miracles of the Bible,” we present the miracles in such a way that kids will feel like they happened yesterday and that they could happen again tomorrow!

We've tried to infuse the miracle stories with hope and light, which are needed in today’s world that’s so filled with anxiety and shadows.

Well, right now you can take advantage of our special introductory offer and get our Miracles of the Bible for just $7.

But you must hurry, this special offer is only being made available to the first 250 people who order.

After that limit is reached, I will raise the price to the full $17 – which I think is still a terrific bargain.

That’s right, we are so sure that you will love the Miracles of the Bible Lesson Pack that we are offering an unconditional 100% money-back guarantee.

YES, I want in! I want access to the "Miracles of the Bible Lesson Packs". Please give me INSTANT access right now!