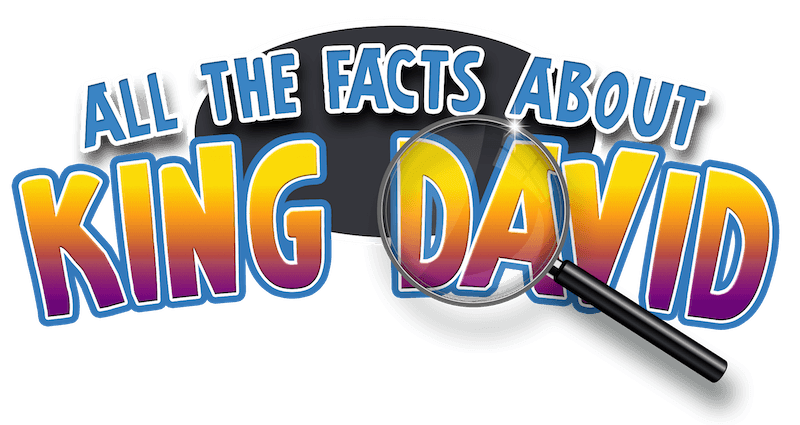 From Slaying a Giant, to Writing Psalms,
to Dancing Happily Before God …
How King David Became a
“Man After God’s Own Heart”
& What Children Today Can Do to One Day
Hear Those Same Words Said About Them

From shepherd to giant slayer to king to “man after God’s own heart,” King David lived a truly amazing life.

He stands as a shining example of all that can be accomplished when you have true faith in God.

Among other things, he is proof that success doesn’t always depend on our physical attributes, as it says in 1 Samuel 16:7 (NIV):

If there was nothing else to learn from King David’s life this alone would be worthy of studying him but the truth is there is much, much more to learn.

From the troubles that can come from covering up sin to finding strength in God when times are tough to being willing to fight for your faith to accepting when God says “no” to facing your fears to valuing a life that pleases God over a life that pleases other people … King David has much to teach the children of today.

When children learn to love and trust God as much as David did then they can begin to live exceptional lives and may even one day hear those beautiful words that were spoken about King David by God in Acts 13:22 (NIV):

“… God testified concerning him: ‘I have found David son of Jesse, a man after my own heart; he will do everything I want him to do.’”

INTRODUCING:
All the Facts About King David
Lesson Pack … 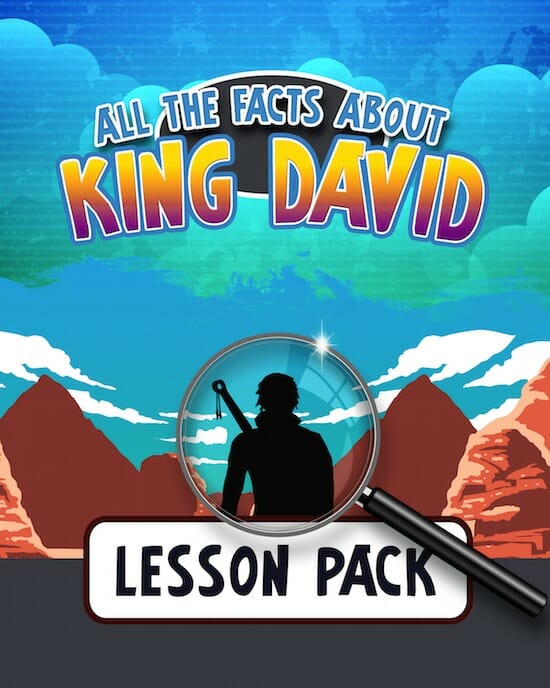 He was a sheepherder, a poet, a singer/musician, a warrior and, of course, a king. His life was filled with accomplishments but he also made some spectacular mistakes.

Through it all, one thing remained constant – David’s commitment to God.

He wholeheartedly sought God’s will and remained faithful to God throughout his life.

This is something that we can all aspire to.

In this lesson pack, kids will discover the REAL man behind the legend.

They will learn his fascinating rags to riches story and see how, even when things deteriorated around him he still grew in character and remained faithful to God.

They will then learn to apply lessons gleaned from David’s life to their own.

We have organized our Lesson Pack into FOUR 1-hour lesson plans.

The 1-hour lessons can be given one after the other as a month long module or used throughout the year as needed- they are designed to be flexible!

A hallmark of our lesson plans is our “Teaching Script”. We provide you the exact words, questions, and discussion topics so your message will always hit home with kids. You can use the scripts word-for-word or just simply as a guide – it's up to you!

In short, you get everything you need to teach kids about David with confidence & ease!

Here is Just Some of What Kids Will Learn from This Lesson Pack: 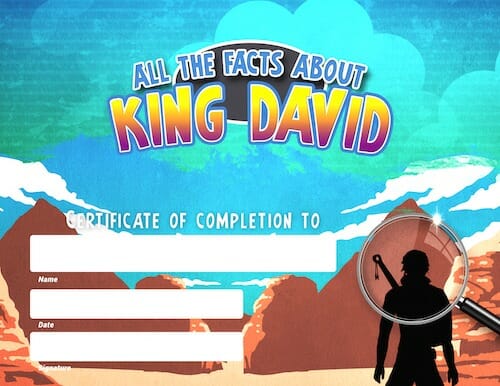 Use our printable 8.5 X 11 certificate to award students upon completion of the King David Lessons.

Print off as many copies as you need year after year.

Simply fill in the blanks.

Encourage parents to post on the refrigerator to celebrate their child's accomplishment and serve as a discussion starter. 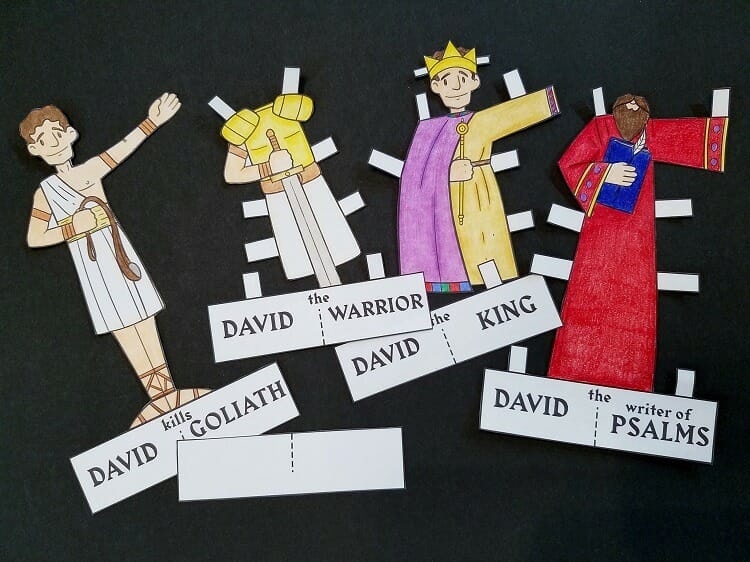 David was diverse, multi-talented, and accomplished at many things — poetry, music, war, and political leadership.

This paper doll with diverse outfits will resonate with kids!

Kids get to color, cut, & play as they learn about the different facets of David’s exciting life! 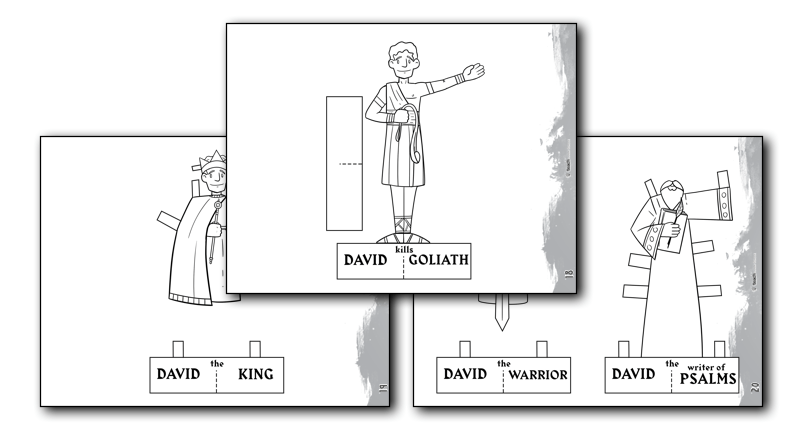 Print Out As Many Certificates
& Paper Dolls as You Need!
Year-After-Year!

That’s right, we are so sure that you will love the  All the Facts About King David Lesson Pack that we are offering an unconditional 100% money-back guarantee.

Discover How to Join David as a
‘Man (or Woman) After
God’s Own Heart’!

While David had many talents and lived an incredible life, his greatness really shines through when you look at his faith in God and his willingness after a mistake to take responsibility for his actions, humble himself and repent.

It’s a behavior pattern that we can all benefit from learning. Nobody escapes this life sin free. If we make a mistake, we need to admit that mistake and turn to God for forgiveness.

Too many young people become embarrassed or even blame God and turn away from Him instead of to Him. Despite his many mistakes, David didn’t turn away from God.

He always remained reliant upon God and that is why God said he was a “man after my own heart” and it’s why our ultimate redeemer, Jesus Christ, was a descendent of David’s.

By learning to follow God with a heart like David’s, today’s kids can learn to draw strength from Him and accomplish truly amazing things.

Get your copy of the All the Facts About King David Lesson Pack today.

YES, I want in! I want access to the
"All the Facts About King David Lesson Pack".
Please give me INSTANT access right now!